Dive into a transformed vibrant post-apocalyptic Hope County, Montana. 17 years after a global nuclear catastrophe. Lead the fight against the Highwaymen in Far Cry New Dawn Ps4, as they seek to take over the last remaining resources.

Seventeen years after a nuclear doomsday, Hope County, Montana, has changed in unexpected ways. Nuclear winter has given way to a “super bloom,” creating a lush, colourful landscape. Survivors have begun to repopulate with makeshift buildings. It’s a lawless frontier where people are struggling to get by. You’ll be able to experience it all with a friend in co-op, or on your own as a lone gunslinger.

The transformed scenery of Hope County has been reclaimed by nature and is now covered with a lush, colourful super bloom. The harsh winds and rains following the nuclear winter have reshaped the entire landscape.  Few structures from the original region remain. Hope has returned to the region. Survivors have begun to rebuild their homes, creating makeshift buildings and weapons from whatever materials they can find.

But those who survived the nuclear apocalypse now face a new threat. The peaceful population is not prepared to protect themselves against the vicious group of scavengers known as the Highwaymen. They must band together and make new allies to overcome the threats in this new world. But they can’t do it without your help.

Fight with the hope of victory 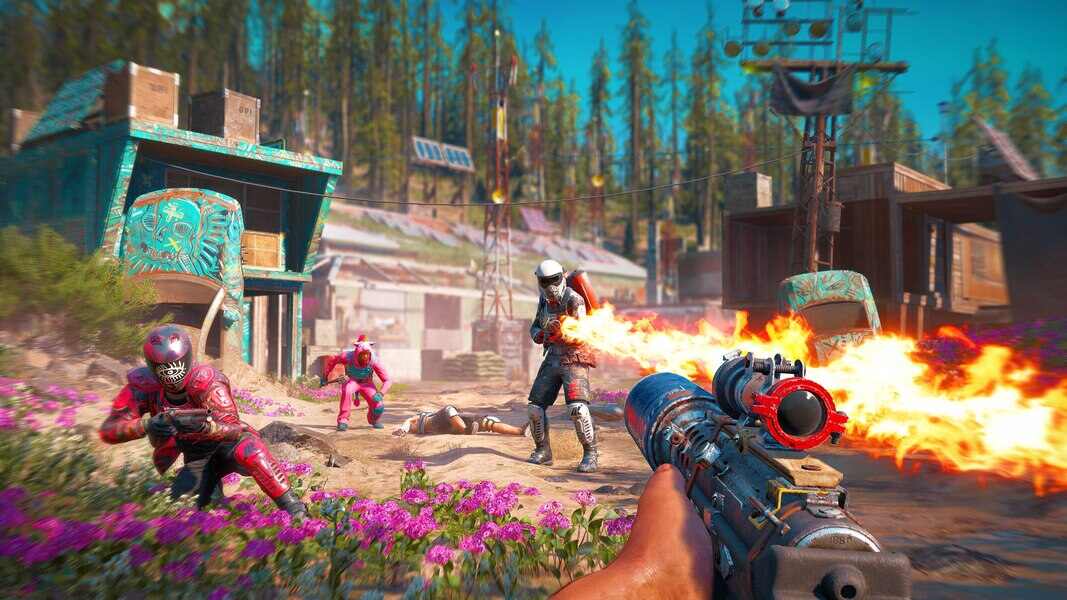 At the centre of Far Cry New Dawn PS4 is your Home base. Upgrade it to get stronger weapons and gear to help you survive out in the open world. Hope County isn’t the only place that’s been ravaged by the nuclear apocalypse. You’ll be able to range far outside its borders on Expeditions to visit new territories including swampland, a desert canyon, and the coast. 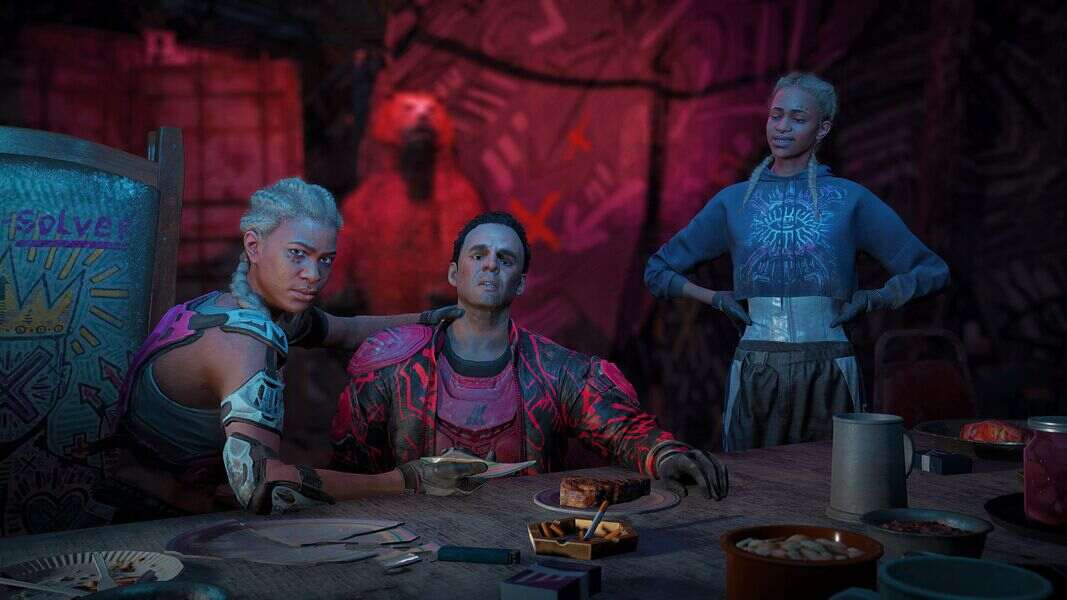 When anything and everything can happen, it is never too much to have someone watching your back. Whether it’s Hurk, a boar, or whoever you want. Recruit an eclectic cast of Guns and Fangs for Hire to fight by your side. You can even play with a friend in co-op.