The iconic Black Ops series is back with Call of duty cold war ps5 game (COD) –  a direct sequel to the original and fan-favorite Call of Duty games : Black Ops.

Firstly, the call of duty games (cod cold war) Black Ops Cold War will drop fans into the depths of the Cold War’s volatile geopolitical battle of the early 1980s. Nothing is ever as it seems in a gripping single-player Campaign. Players will come face-to-face with historical figures and hard truths. They will battle around the globe through iconic locales like East Berlin, Vietnam, Turkey, Soviet KGB headquarters and more.

As elite operatives, you will follow the trail of a shadowy figure named Perseus. He is on a mission to destabilize the global balance of power and change the course of history. Descend into the dark center of this global conspiracy. Alongside iconic characters Woods, Mason and Hudson and a new cast of operatives attempting to stop a plot decades in the making.

Secondly, beyond the Campaign, players will bring a Cold War arsenal of weapons and equipment. The next generation of Multiplayer and Zombies experiences will emerge in call of duty ps5 game.

Welcome to the brink. Welcome to Call of Duty: Black Ops Cold War.

Nothing is ever as it seems. Raven Software brings a gripping single-player Campaign where players will come face-to-face with historical figures and hard truths, as they battle around the globe through iconic locales like East Berlin, Vietnam, Turkey, Soviet KGB headquarters, and more.

The next chapter of the iconic Black Ops Multiplayer experience. The game is defined by signature combat, deniable operations, and a connected experience across platforms and generations.

Black Ops Cold War Zombies is set to take veterans and newcomers alike on a bold and terrifying journey. It expands on an iconic part of the Call of Duty games (COD) franchise. Therefore, this co-op mode includes new ways to progress, classic Perks, and an arsenal of Cold War-era Zombies weaponry. They help survivors dominate the legions of undead. 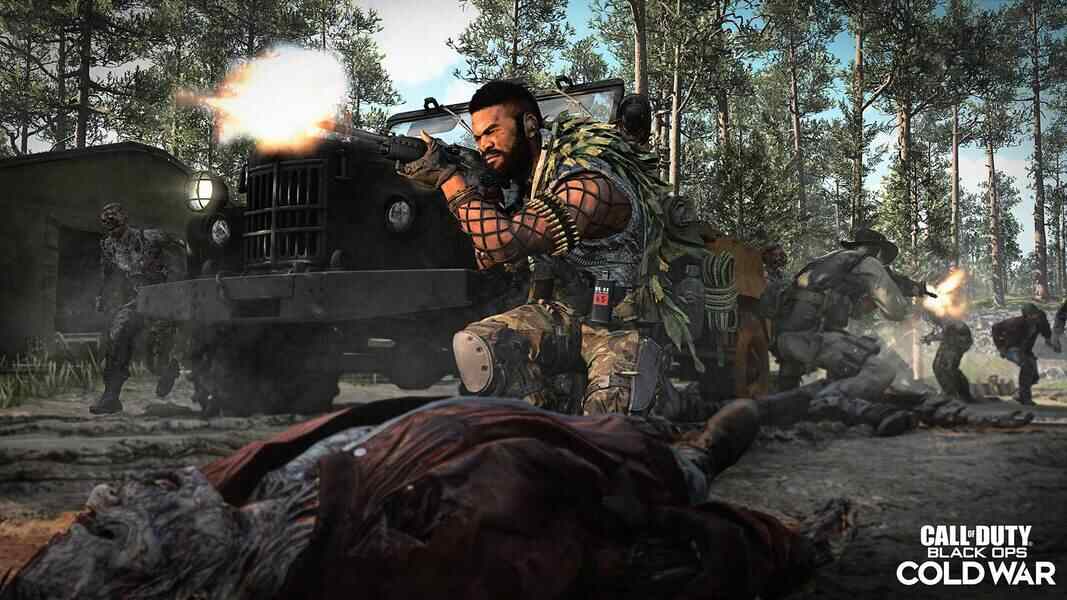 Black Ops Cold War will support and build on the hit, free-to-play experience Call of Duty games: Warzone. Just like every off-the-books clandestine operation. Expect to uncover more secrets, and experience memorable moments as the Cold War heats up across Verdansk (and beyond) in the months and seasons ahead.

Prepare for initial intel on:

·      Player Progression: How your player levels and item unlocks are shared.

·      Weapon Progression: How weapons are leveled up and attachments are unlocked across the games.

·      Operator Selection: How Operators from both franchises interact in the Verdansk combat zone.

·      Battle Pass Integration: How this system synchronizes across the games.

THE MISSION IN COD CODE WAR

President Ronald Reagan has authorised hits on two Iranian targets. After acquiring intel that they are residing in the Netherlands. Therefore Bell, Woods, Mason and co. are sent to the streets of Amsterdam where they intend to sweep their safe house and put a stop to their threatening behavior.

This mission does leave nowhere to run, but that doesn’t mean that you can’t drive. 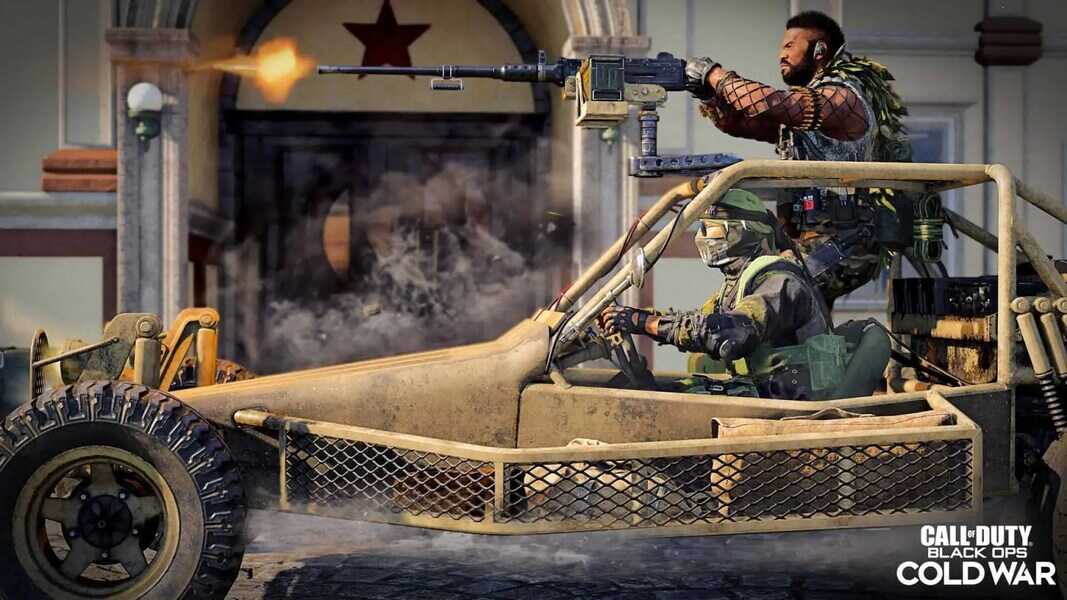 Fracture Jaw gives a first taste of the Viet Cong guerrilla warfare that was pivotal in the Cold War. In 1968, the CIA Orders Russell Adlers’ SOG team to secure a valuable asset hidden in a Da Nang firebase, the former capital of the country.

Plunging the team into the depths of Vietnam, get an overhead shot of the beautiful capital, albeit you’ll be reigning fire on it from a chopper gunner.

The first stealth mission is introduced in Brick in the Wall. With a new stealth system implemented in the Black Ops Cold War campaign missions. Bell is instructed to take down a Berlin-based Russian mobster by the name of Anton Volkov, who has heavy ties to Perseus. Make sure you’re out of sight as it’s kill or capture in Brick in the Wall.

Moreover, the fourth mission sends the squad to a fourth country. This time, infiltrate a secret facility in the Soviet Republic of Ukraine in search of intelligence about Perseus’ plans and whereabouts.

However, from the gathered intel. Perseus has been found to be plundering an abandoned Yamantau base in search of information. With the squad heading to the mountains of Bashkortostan, Russia, soviet Major General Nikita Dragovich is left behind. Combining stealth with explosives, the only way out is by praying to the heavens.

Perseus has taken one step forward in the nuclear warfare race and is threatening Europe. With the Soviet Union striking fear into Europe, the team heads to Cuba in order to commandeer the stolen Green Light nuke from Perseus. 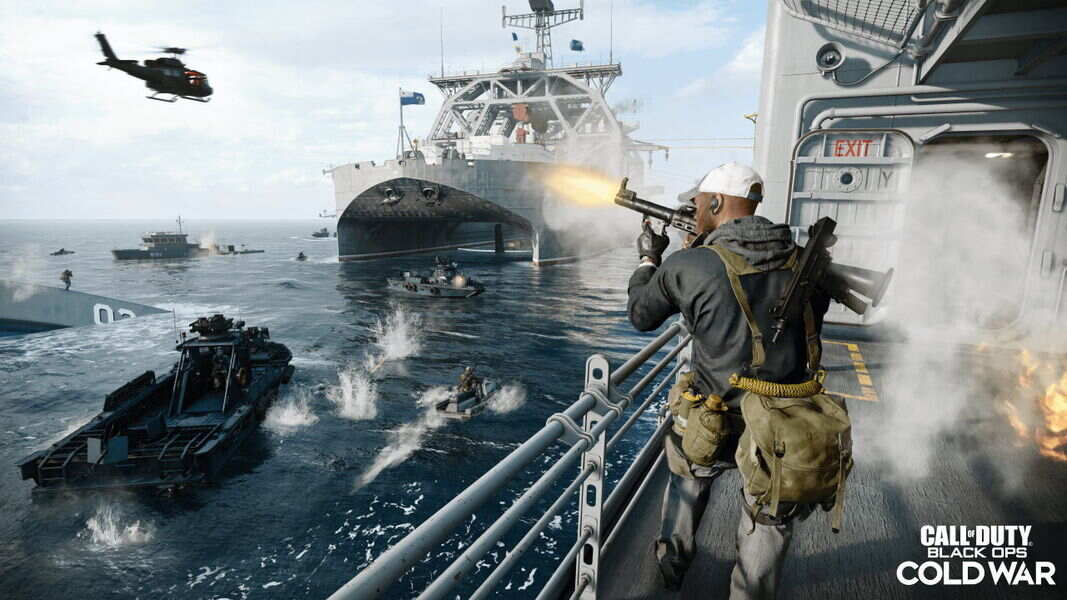 In need of more information, OP 40 deploys Bell to search a mysterious bunker deep in the jungles of Vietnam. Bell have learnt from the best when it comes to searching her own mind, with the numbers expert Mason by her side. The bunker reveals more than just its components. Upon the search, you might want to keep an ear out for the undead.